The Self Reliance Movement and Modern Victory Gardens

The Self Reliance Movement and Modern Victory Gardens

A Century Has Passed 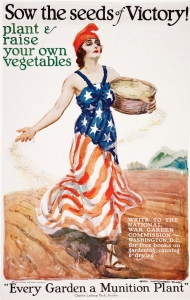 Over one hundred years ago, the war to end all wars began. Beyond any of the sociopolitical reasons it went global, the war became an ever-increasing hardship on those who were left at home. As our doughboys fought in the trenches, those at home in the city and rural communities alike felt the heavy burden of grocer’s shelves being empty and other goods being sparsely available if at all.

The government put out that everyone should plant their own gardens. And for the time this was a no-brainer. In fact, nearly everyone who had any land at all, around their humble abode, was already doing that. Remind you this is a time before the refrigerators, clothes washers, and automatic dishwashers. Iceboxes were just becoming common in American homes. Gardens, canning, root cellars, et.al. were the norm in each home and yard of the time. It was general everyday knowledge that if you couldn’t find the food at the grocer’s you probably could get it in the home pantry, or close root cellar. 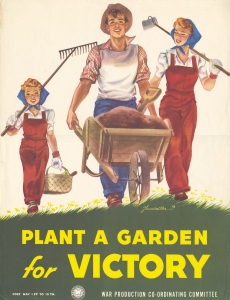 Eighty years ago, the United States government rallied Americans to ‘do their part’ once more in the war efforts during WWII. Propaganda posters were used all over to urge the public to plant war gardens because of food commodities rationing. Patriotism and American pride became ever-present throughout the war to maintain civilian morale and support the military efforts. These posters that rallied Americans behind a common cause against a common enemy were hung in post offices, railroad stations, schools, restaurants and retail stores. People who weren’t fighting on the fronts or producing war materials wanted to be able to do their part, and Uncle Sam urged them to actively participate so that there was enough food and resources to help win the war. Every day Americans could grow their own food, can and preserve, keep a backyard flock, and consume less in order to take part in the effort.

Unlike the fight 20-25 years earlier, a good portion of the American public had moved from the rural and had settled in the hubbub of the cities or at least in a suburban setting. Where gardens were still doable, but space was becoming very limited. Additionally, the modern conveniences of the aforementioned appliances were knocking out and knocking down those root cellars and storage spaces usually used for food prep. The government felt it needed to spend a few million dollars to get people back to the ways that could keep them fed, and the war effort going.

The growing grassroots movement of modern victory gardens harks back to that wartime era. Increasing numbers of people are once again seeing the need to grow their own food, and therefore taking control of what their families eat. In essence, reclaiming their Food Independence. As markets become more closely intertwined and the volatility of costs on everything as the world’s governments play fast and loose with their currencies, that need will continue to grow. Yes, times are very different from those war years, but the reasons to raise ‘victory gardens’ are still the same as before. As the writing on the wall becomes more and more apparent to more increasing numbers so will the desire of becoming more self-sufficient in general. No longer are duty, patriotism or tradition are the driving force in all this. It is the need to not be so reliant upon the established yet fragile systems and grids being held up by the sheer force of product or power surging through it. 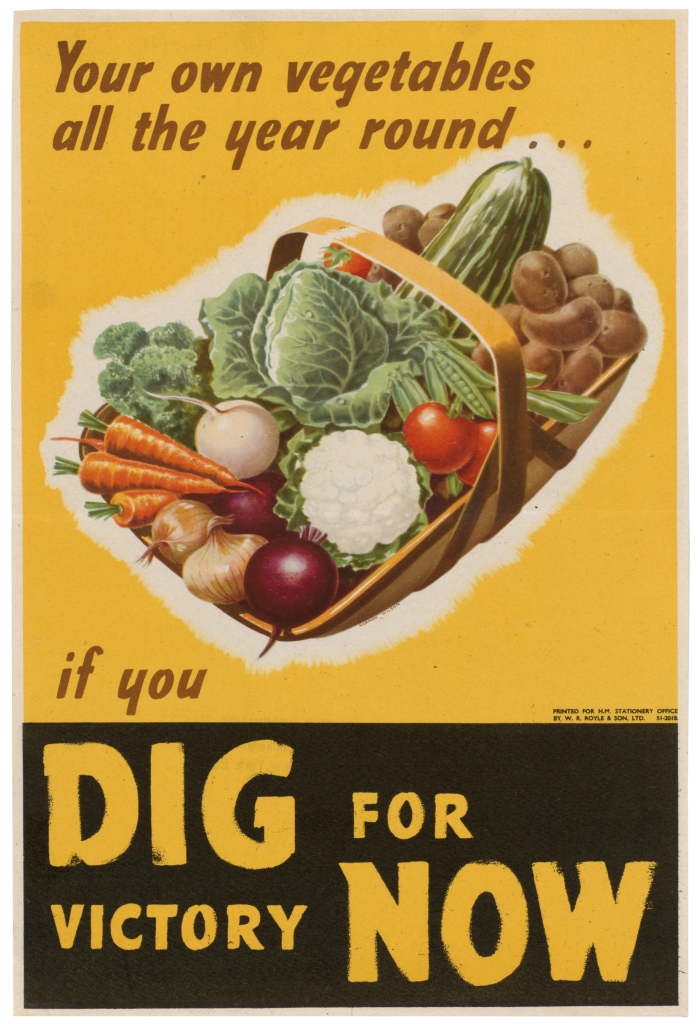 Here are some reasons for taking back responsibility and control of our own individual food supply:

– Healthy and free from herbicides lifestyle

– Connecting to where food comes from

– Return to community-based living, and exchanging garden abundance with friends

– Safety, quality, and bioavailability of food

Now, you can accomplish all this in various ways, and the one I recommend the most is the way you can grow year-round. Aquaponics and the systems you can create indoors and out. Of course, you can go the conventional way with the regular permaculture or backyard garden that most are familiar with. Either way, it’s time to start today!

Why do you grow your own food, or choose to live a self-sustainable lifestyle? I’d love it if you’d share your thoughts. Leave a comment here or join the conversation on Facebook with ThatAquaponicsGuy and his team.