In times past, the character of a man (or woman) was what they portrayed to others, what other people saw. While that still is true to a point, I believe further it is now the essence of you, that shines forth for others to see. A story from Benjamin Franklin’s Autobiography comes to mind about when he was a younger man. That he saw qualities in others that were not within him and that through closer study was able to identify 12 or 13 virtues or characteristics he wished to have. That he only had to work on each until he mastered it and became that virtue or known for that character trait. He openly admitted that he never was able to fully accomplish what he set out to do. In fact, later in life when he met and was able to get to know George Washington, he quipped that he [Mr. Washington] was the personification of what he esteemed to be in his [Mr. Franklin’s] youth. (**for a list of those traits he identified they will be in the footnotes at the end of this article.)

Now, it used to be that Character Building was taught in schools. Along with Morality, and Virtues. There are several school primers from the turn of the 19th Century into the 20th that had volumes of lessons taught through story of those who from the past exemplified that virtue, or character, or morality being spoken of. Stories of our Founding Fathers: George Washington, Thomas Jefferson, John Adams, Roger Sherman et. al. Even a few of Ben himself. Instead of the first graders reading about Dick and Jane running as I did as a 6-year-old, then it was stories of what lil’ George did or the acts of bravery of Roger Sherman among many others.

These sorts of stories and lessons of virtues started to disappear when prayer was litigated out of the public schools in the 1950s and was totally obliterated from any textbook by the 1990s. Where now, the complete vacuous space left in its absence is being taught as “critical thinking and relativity” The clear cut of being an upstanding human being has been supplanted with the greys of relativism and political think-speak (i.e. wokeness).

But I digress…since it isn’t regularly taught in academic circles, and in some minds relegated to the annals of religion the true examples of Character usually get just a weekly reminder. We must first establish how a Character is made or grown and from which to grow it.

I heard it best said that if one wants to build their character they first have to identify what can build it and take action. Enough action starts to build a habit. Enough of the right habits, over time, builds that desired character.

With that in mind, we need to determine for ourselves what type of character we want to build. (Sometimes the word ‘reputation’ is used in its place here, which is not the root of one’s essence, just a by-product of it). The drug addict or pill popper have character, just the wrong kind made up by weakness and shame. They have let limitation, not potential, take hold.

If we have spent our time working on the wrong things, how are we going to be able to teach what Good Character is to those who come after us? This is one of those things that you need to start doing first before you endeavor to teach it to those you love and want to guide.

Take the example of Ben Franklin. He is one of my heroes, not because he was flawless, he certainly wasn’t. He showed that even an obviously fallible man can strive for greatness all his days, and achieve it many times in one’s life, and yet still have plenty to work on. Take a deep look into who you truly are. What virtues can best describe you? What traits do you see in yourself? If you are feeling especially brave, ask those questions from the ones you share your life with and see the honest answers you can get back.

Perhaps, do as Mr. Franklin once did. Make yourself the list that you are, or what you want to be. Above all, be honest, be thorough and be realistic. Even Gandhi had to work on it each day and thought he never truly attained the virtues he was striving to represent. This can be (and probably will be) a life-long pursuit for you. I have done this myself, many years ago when I embarked out on my own, earning a living as an Entrepreneur. In fact, I incorporated it into my logo or seal that I used for over 2 decades and will use it in some shape or form throughout the rest of my life. 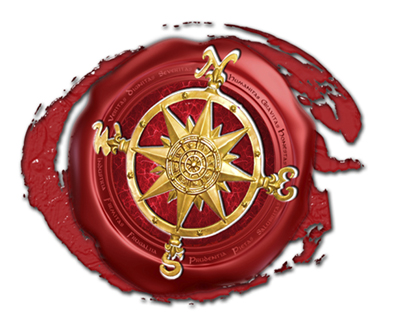 Character is the one thing we cannot freely give to others so they have “Character”. It is the one we teach the best way through example. The list above is my list and with many of them, I have traveled more and with a few, I have traveled less so, but I always have them in mind and strive to build them each day. These weren’t compiled willy-nilly and set in stone. These were thought out and mulled over for quite a long time. Deep thought was put into that list.

Develop your own list. Do your homework, think things through and check to see what’s most important for you. Do this even if there is more time behind ya than in front of ya. It is the journey you should be concerned with, not the time you embark on it. Do it however short or long you feel like it needs. Tony Robbins called this in the past your mission statement. Stephen R Covey called this your desired traits. Call it what you want, but develop yours starting today.

Now that we are on our way, we can now teach it as they did in times past. We can still teach as we learn. We can teach those who are our descendants, kids, grandkids, and on, what is Character, and how to build it. By our own thoughts and actions and habits, but also as they did in those primers I spoke of. I am working right now to get those for our Education section we hope to have up soon so that you can teach from those too.

Hold up the Standard Bearers

But until that time, search for those examples of people who personified that Character trait or virtue you want to showcase and teach. Learn about your ancestry and if there were ones in your lines who can be spotlighted. Learn of their lives, and teach their life’s lessons. Seek out the original stories of those great men and women who have been great examples of the list you have developed. Known in history or written about in times past. You may have to go back 50 or so years to find those books and textbooks but they are well worth the endeavor to find.

The importance of having the right type of character is not widely held as a value-add in our society today. However, it is one of those most appreciated when it is displayed in times of tribulation and struggles and unfortunately, you don’t get it just overnight. As I have continually said, “Be yourself but be your best self.”

I guess I had a lot to say on the subject of Character, and if you play your cards right, so will you.