Black Seed THE Panacea for Nearly Everything

Home/Alchemy of Herbs, Food, Life Hacks - Food, Usage/Black Seed THE Panacea for Nearly Everything
Previous Next

Black Seed THE Panacea for Nearly Everything

The lesser known “cousin” to the likes of Turmeric and Cumin, Black Seed from the Nigella Fativa plant has been used throughout history for its amazing healing powers, evidences of this usage reaches as far back as the ancient Egyptians (was reportedly found in King Tut’s tomb). Although having been used for medicinal purposes for so long, not too many alive today have ever heard of it, like its more well-known and modernly used spices. Now, with recent studies having been performed, it has been shown to be proven effective against many modern diseases, yet few people have even heard of it.  This could be valuable a source for your health and wellness than most herbs in your medicine cabinet and we are here to spread the word about its potent cure capabilities. 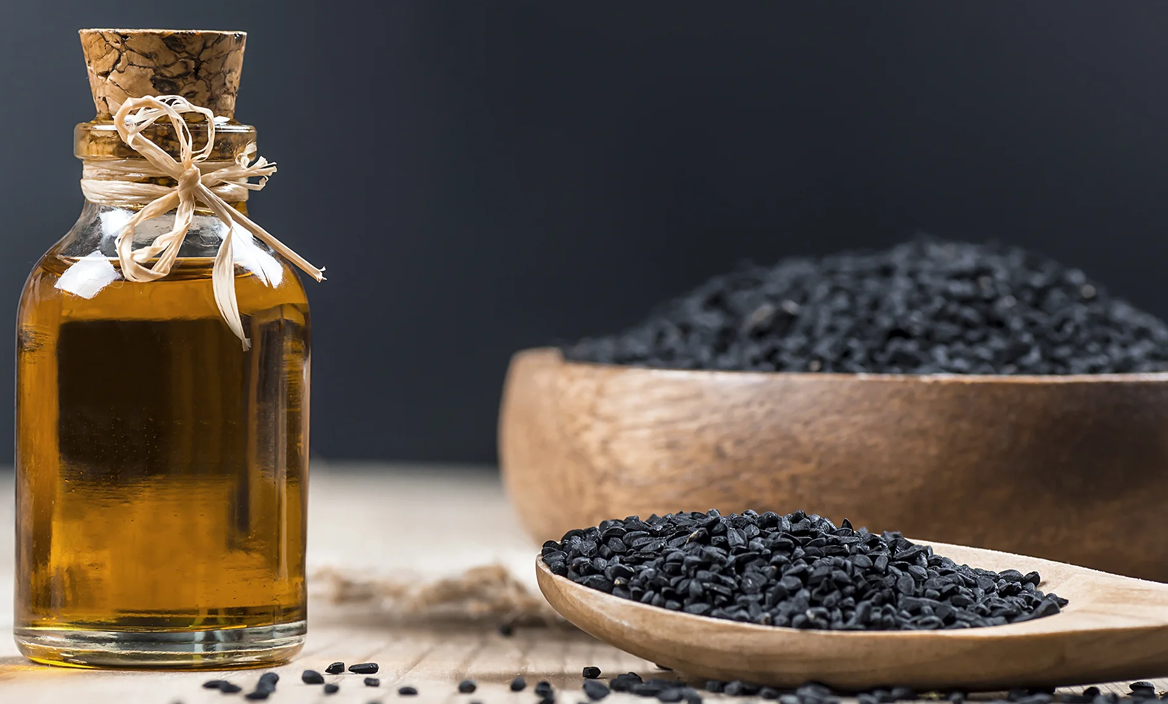 So, What is Black Seed?

This healing herb, Black seed is the seed that comes from the Nigella Sativa plant (which naturally grows in Asia and North Africa). It is known by many names –  roman coriander, black sesame or black caraway but most often referred to as black cumin. The seed itself is not as bio available, but the crushed powder mixed with the right oils that the healing components can be extracted for your benefit.

What Could Black Seed Be Used to Treat?

A Main Support to the Immune System

The Nigella Sativa plant and seeds contain beneficial levels of antioxidants, acids, and vitamins that support the human immune system. From the studies, black seed appears to balance the immune system, up-regulating some functions and down-regulating others for better overall immune health. It appears to have a calming effect as well on the overactive immune reactions that cause autoimmune reactions.

If you have problems with candida and fungus in the digestive system or on the skin, black seed oil may be the solution. It has been shown effective in battling candida infections that affect your gut health. When black seed is in the oil, (MCT in particular) it can be used internally and externally. 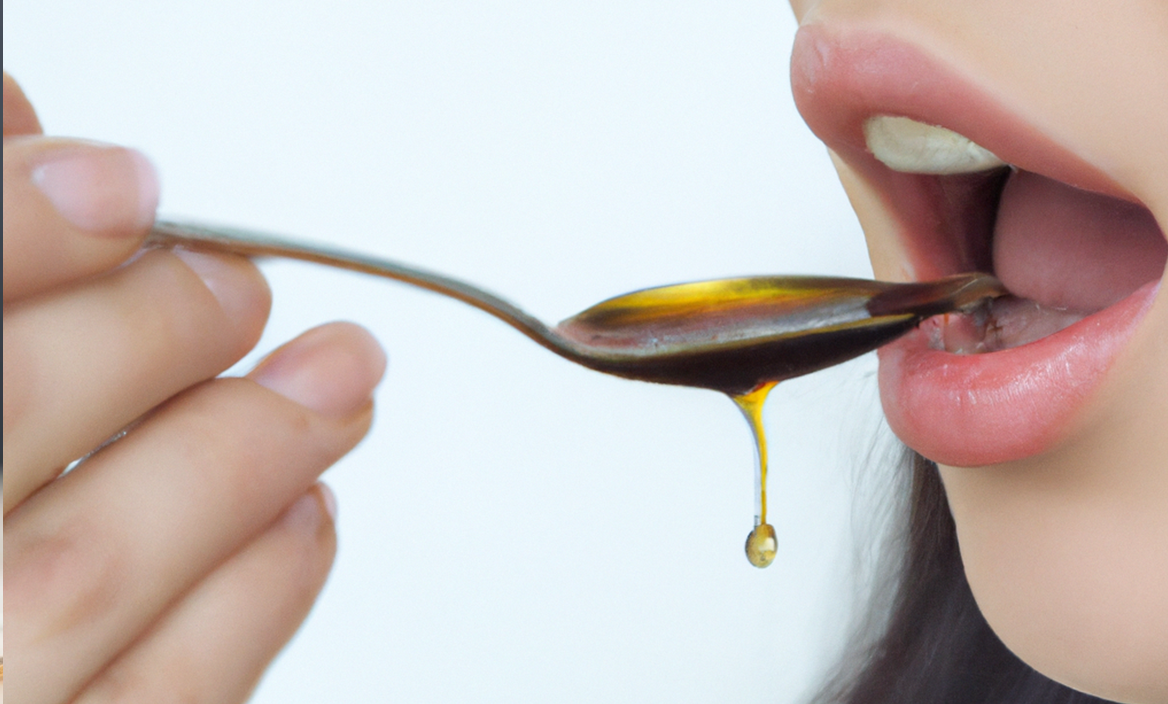 Black seeds have carminative properties, meaning they aid in the reduction of gas, bloating, stomach pain and digestive problems.

Helicobacter Pylori infection is implicated in a large number of diseases, including peptic ulcer, chronic gastritis, and gastric cancer. Black seeds were tested against triple eradication therapy using clarithromycin, amoxicillin, and omeprazole in patients with non-ulcer dyspepsia and black seeds were found to be as effective as the triple antibiotic therapy. – Here’s the link to that study –

Bacterial Infections that Includes Even MRSA

MRSA is a significant health problem you can encounter, even in hospitals and clinics worldwide. It is resistant to various anti-staphylococcus agents and antibiotics. Laboratory testing of black seed extracts shows it can inhibit the growth of MRSA. More testing is necessary for MRSA and other resistant bacteria. However, black seed is known to have super antibiotic properties. 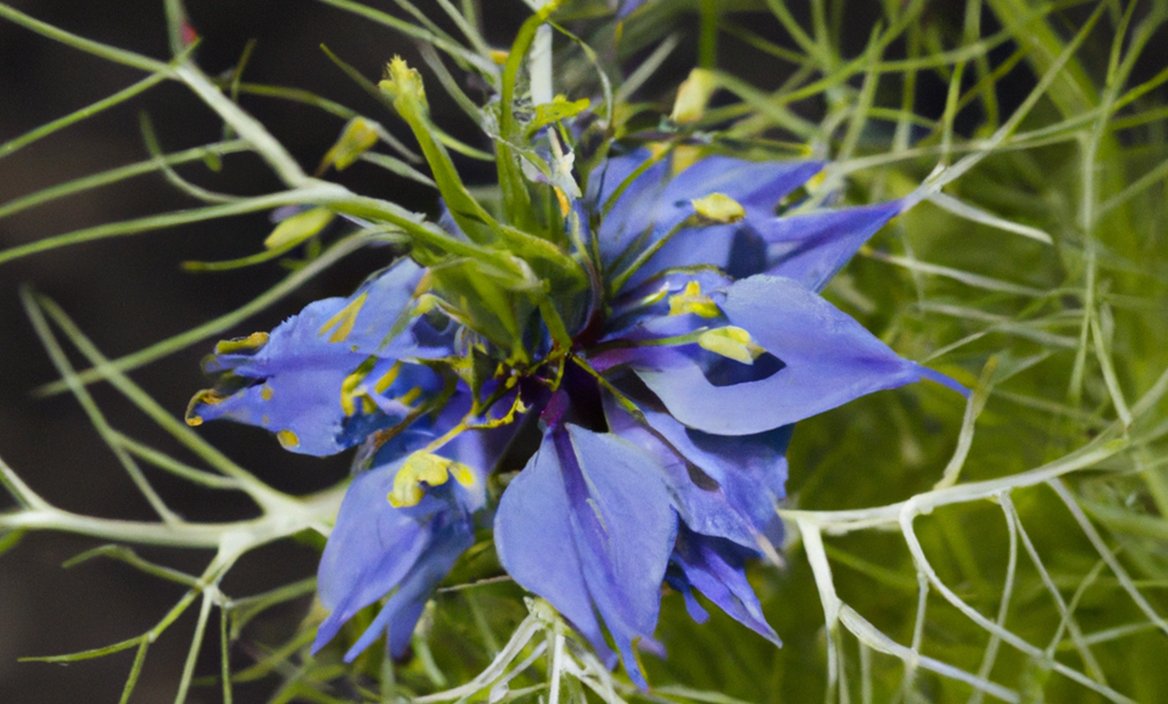 A research study performed in 2010 found that just 2 grams of black seed concentrate per day reduced fasting blood glucose readings (those experienced in the morning hours) by an average of 45 mg/dl after four weeks and 62 mg/dl at eight weeks. HbA1C readings were reduced by 1.5% after 12 weeks. Participants had decreased insulin resistance, reduced HbA1C, and increased beta-cell function. Participants had no adverse liver or kidney reactions. Great news for staying out of the Diabetes crosshairs.

A randomized, double-blind study conducted in 2006 showed that 100-200 mg of Nigella Seed Extract taken twice a day in the morning for eight weeks significantly reduced both systolic and diastolic blood pressure values in patients with mild hypertension. Participants also experienced a decrease in total cholesterol and LDL-cholesterol. Black seed has also been shown to have positive effects on heart health.

Protects and Heals the Skin

Black seed oil has been shown to be beneficial and healing to the skin and various skin conditions. The Egyptians, even the beautiful Cleopatra herself, was rumored to have used and black seed herbal to enhance the health and beauty of her skin. Black seed oil contains valuable vitamins, minerals and trace elements that nourish the skin and help it heal. 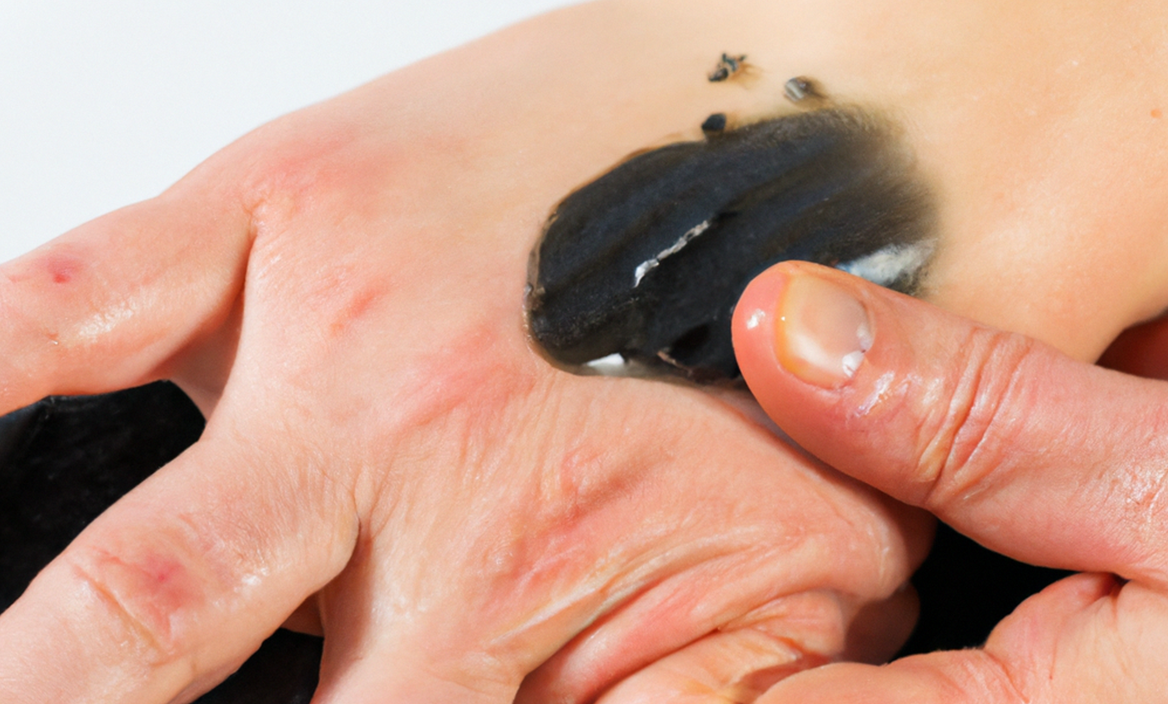 Black seed oil assists in the regulation of the body’s immune cells and contains anti-tumor necrosis factor (anti-TNF.) TNF is a problem in some autoimmune skin diseases. Black seed oil has been shown to be beneficial when applied directly to the skin for the treatment of psoriasis, eczema, fungal infections and acne.

Black Seed Oil for Some Types of Skin Cancer

Black Seed (Nigella Sativa) has been documented to have over 600 beneficial effects on health and the imbalances experienced by you and me. It is a powerfully healthy supplement that belongs in every medicine cabinet. Unlike many supplements, numerous studies have been done on Nigella Sativa that prove its efficacy. 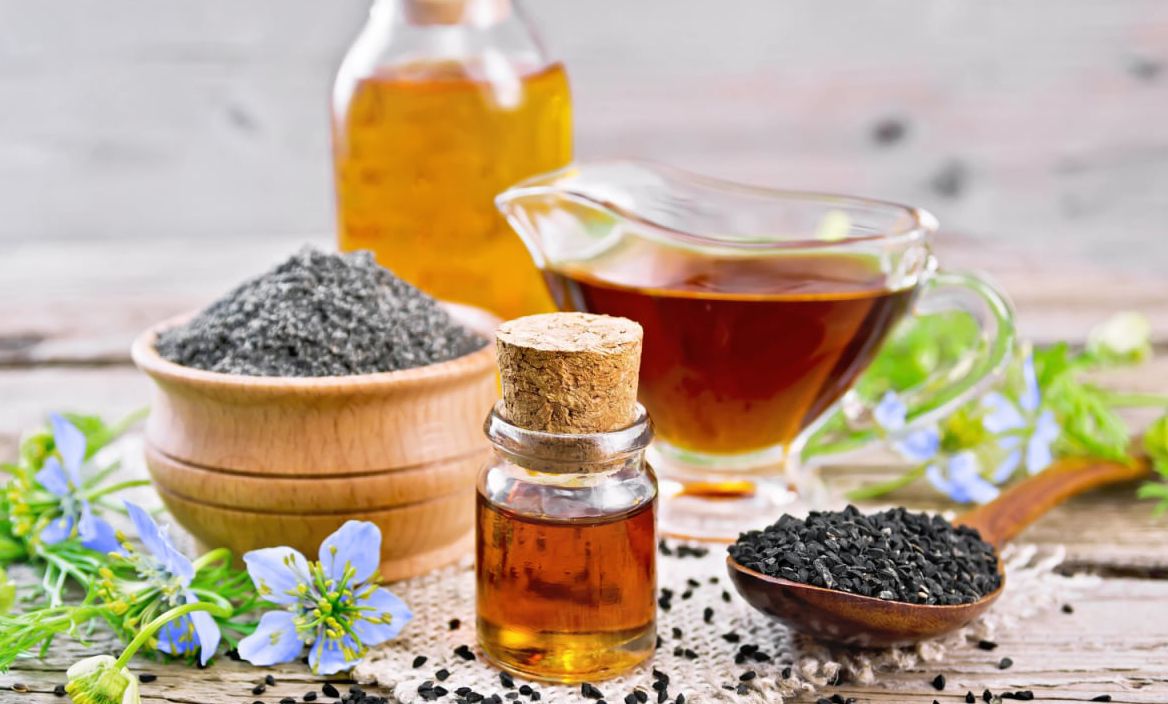 Black seed has been used for many different diseases throughout the course of history. If you are concerned about a specific health condition, it is easy to test black seeds or black seed oil over a period of 3 months or more to determine whether it may be effective. Also search a medical library for original research on Nigella Sativa and your condition.

Black seed is known to have these medicinal properties:

How to Use Black Seed

The easiest way to use black seed is to sprinkle the seeds on salads or in a smoothie. Try to crush them into a more powdered state for better bio accessibility to your system. A mortar and pestle can come in handy for doing this.

Another easy way to use black seed is to add black seed oil to your juice or a smoothie. You can also take a teaspoon of the oil straight several times a day. It has a slightly spicy taste that most people don’t find too objectionable. If you choose to use the oil, make sure your supply is fresh. The oil in the mix with the Black seed can become rancid, just like other oils.

Black seed oil is considered safe for culinary use and showed no side effects in testing. However, it is always possible that some individuals will have a reaction to a new food or oil, so start slowly and make sure it is tolerated. Like other herbs, spices, and essential oils, black seed is very potent, and a little goes a long way. 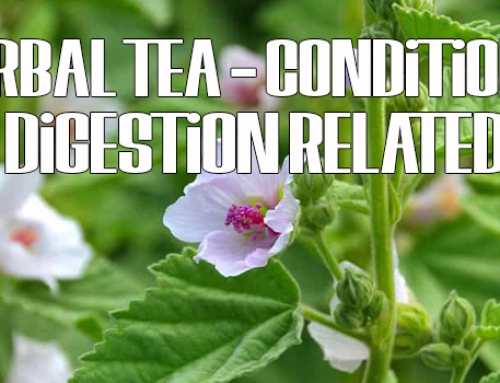 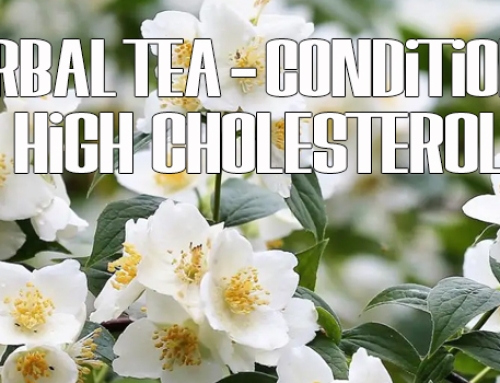 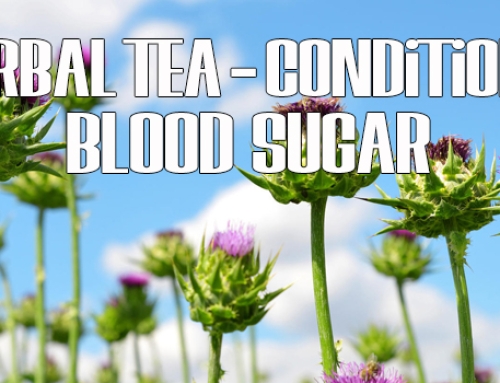 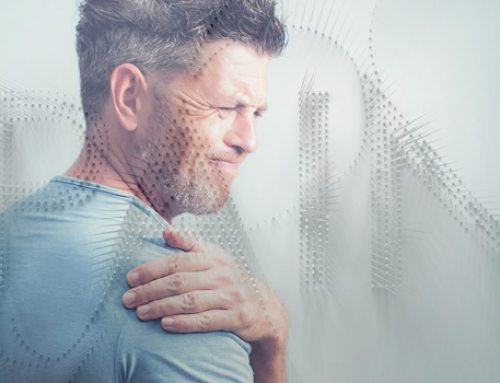 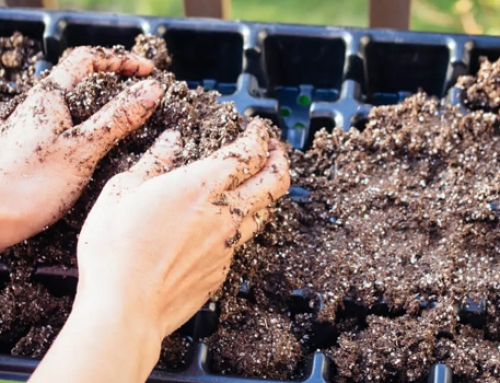